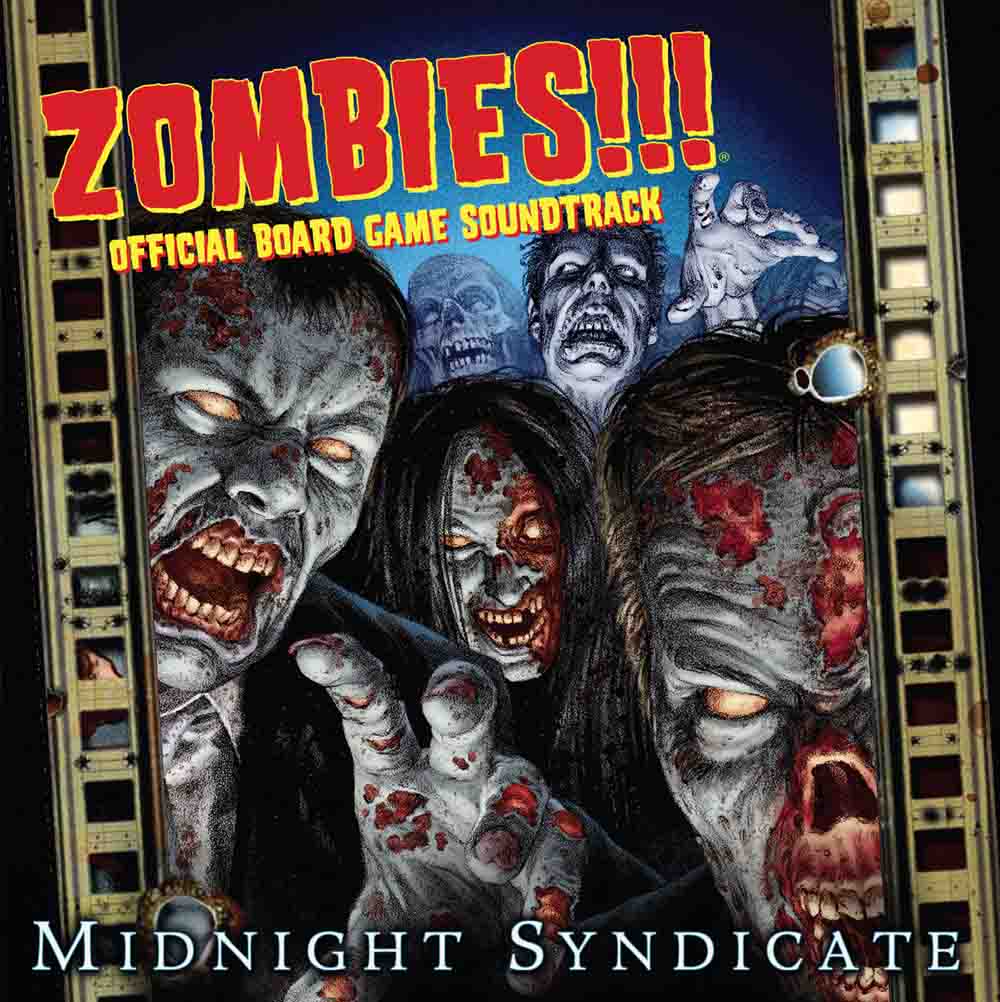 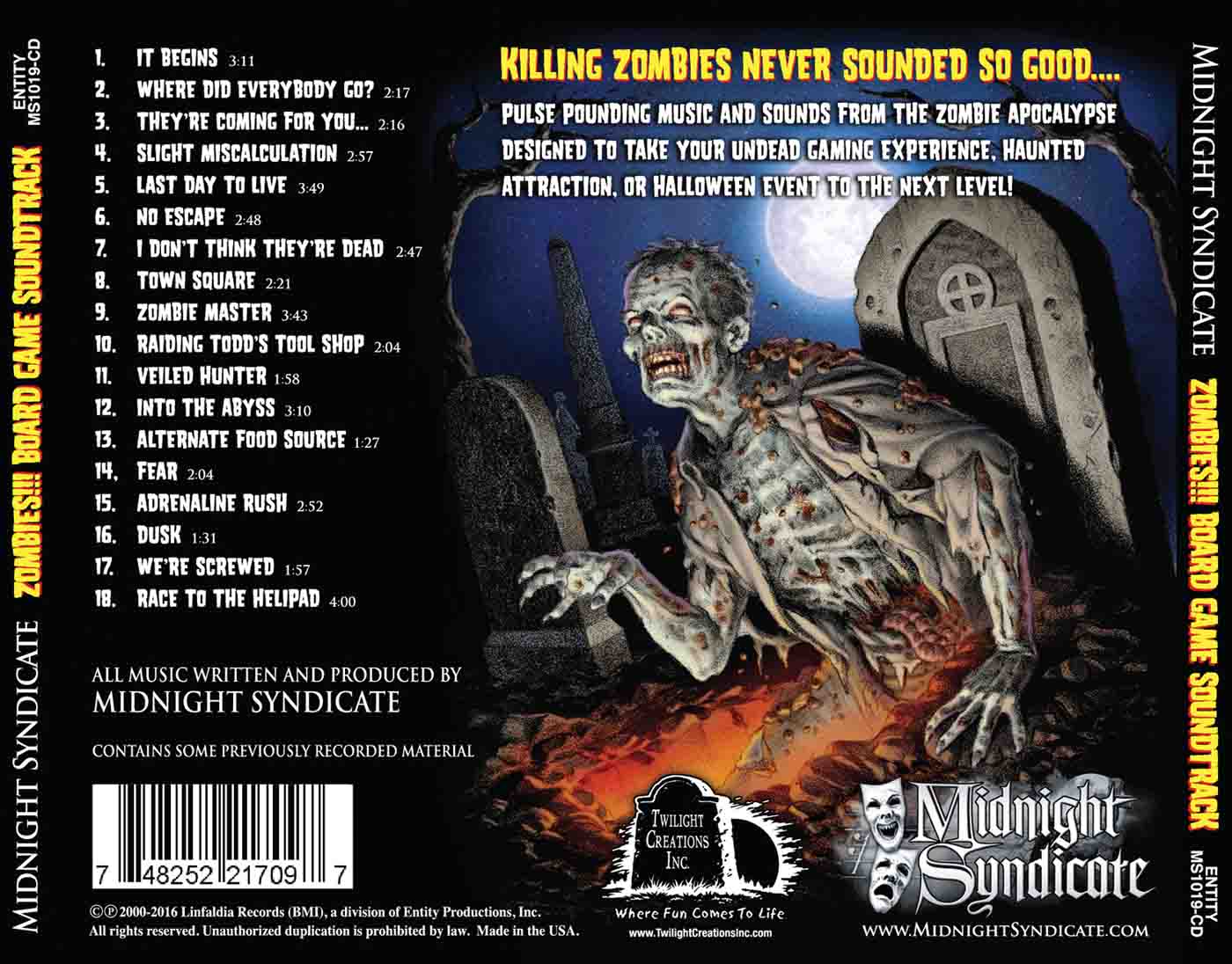 Midnight Syndicate has released the Zombies!!! Official Board Game Soundtrack along with a new preview track, We’re Screwed. The new release features Midnight Syndicate’s signature blend of sound effects and instrumental music set in the modern day, post-zombie apocalypse world of the Zombies!!! board game. “We wanted to design a soundtrack that would not only heighten the Zombies!!! game play experience, but also appeal to all fans of zombies and our friends in the haunted attraction industry,” said Edward Douglas. “I think we were able to achieve that.”

“Given the character and core elements of the game, I think that both of us immediately felt that this album should focus on having a more modern, aggressive sound. In order to achieve that, we brought in a lot of electronic and percussive instruments and kept the fundamental game scenarios firmly in mind, approaching it more as an actual soundtrack than as a collection of songs built around a particular theme or setting. While there are a few tracks that are more situation or location-specific, most are intended to evoke the general feel and atmosphere of the game world, allowing you to play along without interruption,” added Gavin Goszka.

“The soundtrack is a perfect complement to the Zombies!!! board game,” added Twilight Creations co-founder, Kerry Breitenstein. “I couldn’t be more excited for the Zombies!!! fans to hear it, let alone the rest of the world!”

The album is available at the Midnight Syndicate Store as well as digitally on CDBaby, iTunes, and Amazon.com.