Posted On July 3, 2020In Uncategorizedby Admin 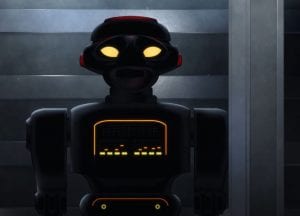 We have unveiled a new video for one of the most unique Midnight Syndicate tracks ever released, 1997’s Zoe-5.  A very early and rare track from the self-titled debut album, Zoe-5 can be described as space music or science fiction soundscape. We hope you’ll allow your imagination to run wild while enjoying this video.

The song, Zoe-5, and the video were both written and produced by Mark Rakocy.  A co-founder of Entity Productions, Mark is Midnight Syndicate’s first and longest-tenured collaborator. One of our “behind the scenes magicians”, Mark has designed album packaging and iconic Midnight Syndicate imagery, was a producer on the 1998 Midnight Syndicate live show as well as both versions of The Dead Matter, and so much more. Mark’s most recent contributions include work on all of the Midnight Syndicate Live! shows and now… this immersive video for his contribution to the Midnight Syndicate music catalog, Zoe-5.  Mark is a Motion Graphics Artist at an advertising firm in Los Angeles.  There, he works on campaigns for Marvel Studios and other Disney movies, as well as games like Call of Duty and Pokemon. If you’d like to see more of what he does in his free time, follow Mark Rakocy on Instagram.