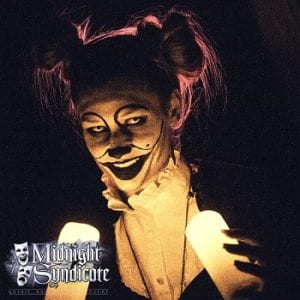 Goons and Greasepaint is available on Midnight Syndicate’s Carnival Arcane album, which is an immersive musical journey into the world of an early 20th century dark carnival with a sinister secret. The song recently appeared on 2020’s limited-edition Music of Halloween Horror Nights album.