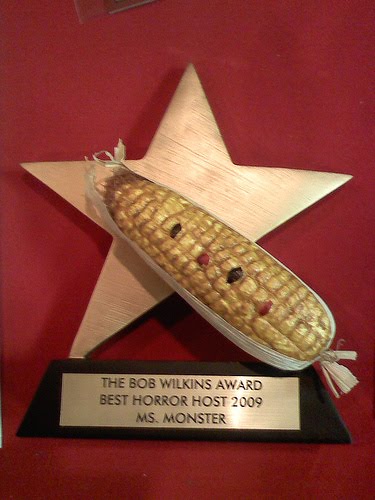 The Dead Matter has won the 2011 Golden Cob Award for BEST B MOVIE SOUNDTRACK. Congratulations to composer Edward Douglas and all the artists involved: Gavin Goszka, Lazy Lane, HipNostic, Quanta, Destini Beard, Jerry Vayne, Pat Berdysz, and Eternal Legacy! Congratulations also to Dead Matter sound designer Patrick Giraudi who won BEST B MOVIE SOUND DESIGN for his work on DinoCroc vs. Supergator. You can purchase The Dead Matter: Original Motion Picture Soundtrack at The Midnight Syndicate Store or on iTunes. To find out what others are saying about the soundtrack, click here. The Golden Cob Awards are hosted by B-Movie Celebration to commemorate the best in genre and exploitation cinema.

THIS WEEKEND! If you are in the Minnesota area, be sure to catch Edward Douglas, Jason Carter, and Brian Van Camp at CONvergence Con! In addition to a special screening and Q&A session, all three will be part of several panels. For more information and/or to find out about screenings in your area, visit, The Dead Matter SCREENING page.