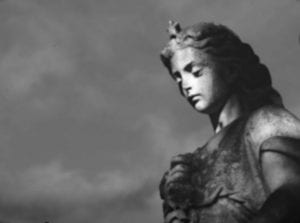 Midnight Syndicate has just released a music video for the song, Shadows. An early fan-favorite, this is one of the first Midnight Syndicate tracks ever written. Shadows first appeared on the self-titled debut, with remakes appearing on both Born of the Night and Out of the Darkness. The music video was put together by UK-based, Daniel Phillbrook and his company, Shirt & Tie Productions. We hope you enjoy! Be sure to subscribe to our YouTube Channel to be notified of future video premieres with the band!

Cool that you got Tom Savini involved, he is great, I had the good fortune to be invited to his workshop back in the mid nineties and meet the man himself, he is a really cool and down to earth guy. I got given the tour of his workshop and invited back the next day to spend the entire day with him. It was awesome.