Not to be confused with 2008’s ‘The Dead Matter: Cemetery Gates’ CD, this BRAND NEW disc contains over 78 minutes of new music. Showcasing Edward Douglas of Midnight Syndicate’s haunting, epic score to the movie, the CD also features three remixes of classic Midnight Syndicate tracks performed by Jerry Haunt Rocker Vayne, industrial act UV, and Destini Beard of ‘The Dark Masquerade’ EP. Other music that appears in the movie from haunt rockers Lazy Lane, heavy metallers Eternal Legacy, and hIPNOSTIC round out the disc. (79 minutes)

Macabre Mansion – “Anyone who has ever heard Midnight Syndicate’s music would expect this film to have a fantastic supporting music score and fantastic it is. It may possibly be one of the key elements that makes this film the astounding work of art that it is.”

Bastards of Horror – “an eerie atmosphere of dark creepiness and fun that you remember when first listening to Carpenter’s ‘Halloween,’ ‘The Thing,’ or even Richard Band’s ‘Re-Animator’… a great soundtrack to add to your collection.”

13th Hour Magazine – “…music that is eclectic and perfectly blended which you would expect from Midnight Syndicate.”

The Zombie Feed – “…this is yet another must-grab for Midnight Syndicate fans… ‘Lost’ and ‘The Dead Matter End Credit Suite’ (are) outstanding piece(s) of Syndicate Gothic music. You want to hook your friends on Midnight Syndicate, then this is a good candidate for the job.”

Rue Morgue (Issue #105) – “…will definitely put you on the edge. Deep brass swells, eerie high tension notes and the recurring main theme’s simple piano strokes are the focus, but when they meld with disquieting muted trumpet bends, regal timpani and skittering percussion on compositions such as ‘Late Night Snack’ and ‘Death is the Answer,’ you’ll be checking the closet for monsters before bed.”

Dark Beauty Magazine (October 2010) – “…they do it again. My favorite of favorites in soundtracks of this genre.”

National Horror Examiner – “one of the most incredible movie scores ever… a throwback to the legendary horror movies of yesteryear.”

Benevolent Street – “…the sound on this film is amazing… The music is just as beautiful as it is haunting.”

Arrow in the Head – “…the film’s score is fantastic and atmospheric, as well it should be, coming from Midnight Syndicate.”

Film Score Monthly (Vol.17 No.4) – “The music shines in the more intense moments (“Seance”, “Death Is the Answer”), where various motives are surrounded by the usual genre gestures. Swirling atonal string writing with faint “dialogue” and design elements work together to create an appropriately ramped-up sense of terror.”

Wildside Cinema – “The music is really good and it is what scares in here. The power of the music within this piece is more than apparent because this film is not scary but the music is.”

Cult Cuts Magazine – “The film is an interesting yarn… but it is the music that is by far the strongest element… the soundtrack is lush and at times borderline epic. Hearing it certainly makes one think about how great it would be to see Douglas and his crew helm a period piece (though that might be the Hammer fan girl in me).”

Radio Casbah – “the musical fiends at Midnight Syndicate have always done it right. And you, my friends are in for a treat. Great god. Take a deep breath and sit back. Alone playing in the background, the music’s scary enough. Just add a vivid imagination, and you’ll be set for quite a while.”

Wired – “… haunting, full of dark orchestration and moody synthesized creepiness. Once you listen, you immediately feel like you are being slowly hunted by a ghost with a penchant for human flesh …not the kind of music that makes you think of ghosts that just want to make pottery.”

DnD Gate (Germany) – “As usual the musicians of Midnight Syndicate are presenting excellent acoustical and vocal music tracks. Listened to at the right daytime, one can nearly feel the undead sneaking around the house… 4.5 out of 5.” 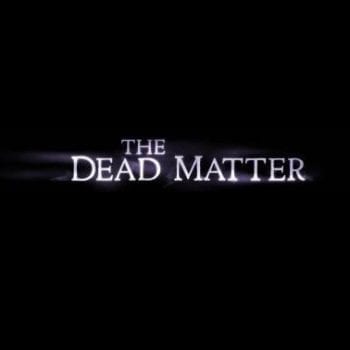