The ULTIMATE haunted house CD! Ghosts, phantoms, and spirits from the dark side inhabit this desolate Victorian manor. Over a year in production, this CD features the perfect blend of classic 80s-style horror movie music, Midnight Syndicate’s signature dark, gothic orchestration, and chilling sound effects that put you right in the middle of a haunted house with a sinister history. (56 minutes)

Gothic Beauty – “they’re the originals and the plot keeps thickening.”

Horror Channel – “With ‘The 13th Hour’, Midnight Syndicate has raised the bar as high as one can imagine when it comes to a Halloween-worthy soundtrack.”

Mourning The Ancient – “I’ve waited quite a while for this new effort by one of the greatest ambient bands of all time. . .and was it ever worth it. Instantly a classic, ‘The 13th Hour’ puts Midnight Syndicate in a class all their own.”

Movement Magazine – “To say Midnight Syndicate is the best gothic/horror soundtrack group around might sound a little bold. Maybe so, but it’s true… With ‘The 13th Hour’, Midnight Syndicate has truly created a horrifying masterpiece…their finest work to date.”

Legends Magazine – “…the original creators of this style, Midnight Syndicate’s continued defining and upping the bar of the Halloween soundtrack format.”

Flames Rising – “A masterful blend of seamless orchestration… ‘The 13th Hour’ is truly the best instrumental of its kind.”

Chiller Cinema – “Chilling and beautiful, gothic and haunting…their goal was to create the ultimate haunted house album and they may just have succeeded.”

Starvox Magazine – “Simply put, they are the best at what they do. Midnight Syndicate pushes 24 tracks to a new level of horror. . . . you don’t just get orchestration and sound effects, you get to be a PART of the haunted mansion itself.”

DnD Gate (Germany) – “hits the bulls-eye…in every case the CD is more than excellent!”

Games Gazette (UK) – “Already known for their brilliant suspense-filled background music that has taken role-playing to new heights, ‘The 13th Hour’ will chill your blood and tingle your spine. This is what the Old and Deep Onces hum to when they drink in the Arkham Arms on a Saturday night.” – Chris, Games Gazette (UK)

The Gaming Report – “I honestly believe this to be their best work yet (even better than ‘Gates of Delirium’). These guys have got it pegged! I am happy to give ‘The 13th Hour’ my highest recommendation.”

d20 Magazine Rack – “Midnight Syndicate has done a fantastic job at maintaining a high level of class, performance, and expectations with every release… (‘The 13th Hour’) is their strongest release yet…

Hauntworld – “I know I don’t have to sell anyone on the music of Midnight Syndicate and using it in their haunted attraction, but I can’t recommend this newest effort highly enough…may already be my favorite from The Syndicate.”

Paragon Magazine – “It could be broad daylight and this album will still give you the heebie-jeebies. 5 out of 5”

Amazing Sounds (Spain) – “This CD has an important effect of sonic shock in the listener.”

Ghost! Magazine – an interview with Gavin Goszka about Midnight Syndicate’s future plans and his experiences with the paranormal

Oui Magazine – an interview with Edward Douglas in Sep.2005 Issue,Vol.3 No.9

Space Junkies – an interview with Edward Douglas and Gavin Goszka 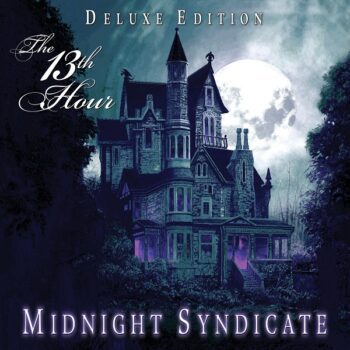 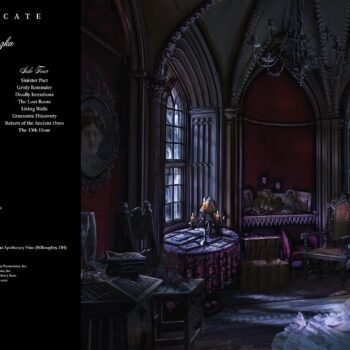