Midnight Syndicate’s gothic instrumental classic, ‘Realm of Shadows,’ re-issued. Features the original recordings with a new introductory track and a previously unreleased bonus song from the original recording sessions. Return to the shores of Arcacia as the shadows gather once more in darkened doorways and abandoned streets. Dare to venture forth and discover what secrets lie buried within… (55 minutes)

Movement Magazine – “…probably one of the best, if not the best “gothic” release of the year!”

Happy Halloween Magazine – “Midnight Syndicate and Halloween are a match made in…well, heaven.”

Sanctuary (Switzerland) – “…an album that could well become the soundtrack to your darkest desires!”

Amazing Sounds (Spain) – “Midnight Syndicate takes us to an impressive adventure towards dark side.”

Sorted MagAZine (Ireland) – “I love it!”

HalloweenMagazine.com – “What a great CD. 21 tracks that create a pure, scary soundscape for your Halloween gathering or haunt.”

Vae Solis (Russia) – “’Realm Of Shadows’ is definitely the best album I’ve heard lately among those to be reckoned to the so-called ‘dark ambient’ genre.”

Dark Nights (UK) – “Well they’ve done it again, if you want the ultimate in atmospheric and spooky music look no further…

Starvox – “…one of the most effective ambient/soundtrack type bands around today. I highly recommend this.”

Underground Entertainment – “Midnight Syndicate has done it again!… This is gothic music at its best.”

Chronicles of Chaos (Canada) – “’Realm of Shadows’ proudly boasts some of the coolest dark, gothic soundscapes in years.”

Outburn Magazine – “Midnight Syndicate takes its brand of symphonic horror to a new level this time.”

Bleeding Minds – “…transcend reality and escape into a realm of musical genius. You won’t be disappointed!”

The Surly Sullen Bell (Russia) – “What can I say about the new Midnight Syndicate album, except the mark I’ve already given it? – a 50 out of 50…”

The Cabinet of Dr. Casey – An in-depth feature by one of the web’s premiere horror e-zines 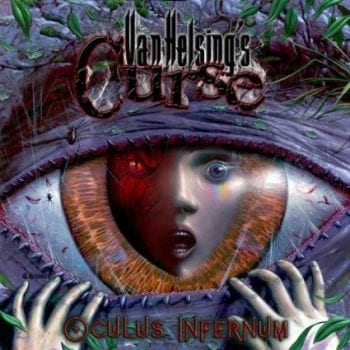