MIDNIGHT SYNDICATE LIVE! TO RETURN TO CEDAR POINT FOR HALLOWEEKENDS 2017

“We’ve developed a new, even better show that we can’t wait to unleash on audiences,” said Midnight Syndicate’s Edward Douglas. “Our new venue, the Jack Aldrich Theater, is a perfect fit for what we want to do. It will allow us to create an intimate and thrilling experience that guests won’t soon forget.”

“Working with Cedar Point in 2014 was a great experience across the board, so to be able to team up with them again, especially as a part of Midnight Syndicate’s 20th anniversary celebration, is perfect,” added Gavin Goszka.

“We’re excited that Midnight Syndicate is bringing their live and immersive stage show back to Cedar Point this fall,” said Charles Bradshaw, V.P. of Live Entertainment at Cedar Point. “Fans of their mesmerizing music loved their previous run at HalloWeekends – and they’re going to love this latest production.”

Midnight Syndicate
As Midnight Syndicate, award-winning composers Edward Douglas and Gavin Goszka have been delighting fans of Halloween, horror cinema, roleplaying games, and gothic music for two decades. As the first recording act to produce atmosphere for professional haunts and amusement parks, their signature blend of dark orchestral music and sound effects have remained a staple of that industry in addition to weaving their way into the musical tapestry of the Halloween season. Every October, their music can be heard setting atmosphere on television and radio shows, restaurants, stores, and homes worldwide. In 2015, they were included with seminal horror music acts like Alice Cooper, Black Sabbath, Bobby “Boris” Pickett, John Carpenter, and Rob Zombie in Rue Morgue Magazine’s 50 Essential Horror Albums – Discs That Created, Evolved, or Defined Genre Music Over the Decades. 2017 marks the band’s 20th anniversary.

###
Please contact info@midnightsyndicate.com if you’d like different or additional images.
Both hi and lo-res versions are available. 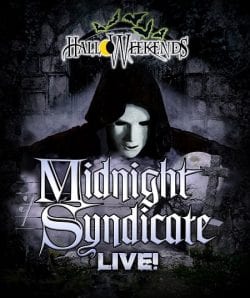 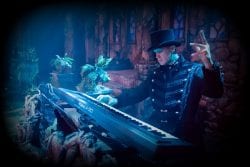 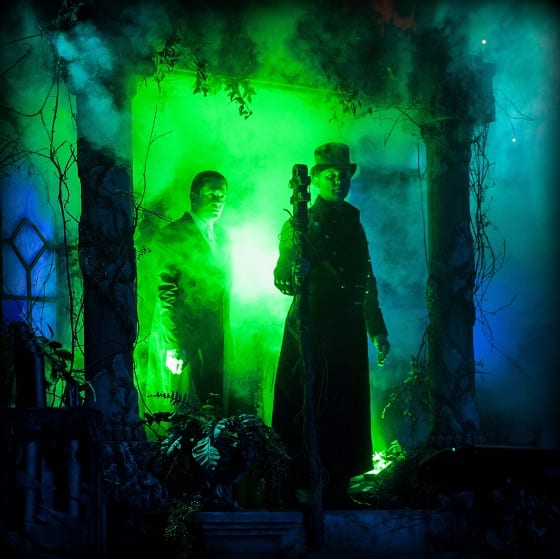 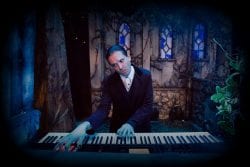 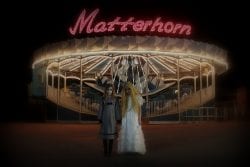 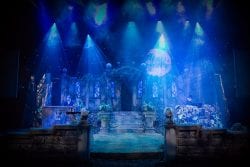 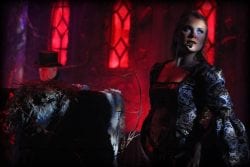 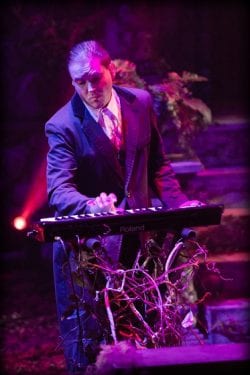 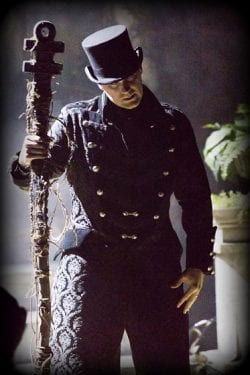