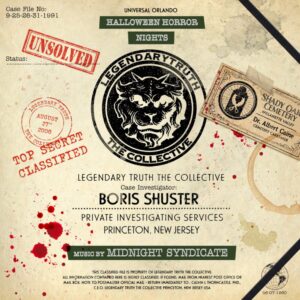 On October 5th, Gavin Goszka and Edward Douglas will be hosting a signing at the Five and Dime Store inside Universal Orlando from 6-9pm.  At least 300 copies of the album will be available for purchase by guests on that day.

Additional information on the project is available through Midnight Syndicate’s newly-relaunched Legions of the Night fan community.